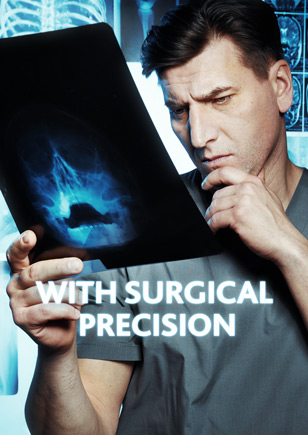 After a long absence, surgeon Maxim Mikhailov returns to his hometown to help his mother, who is suspected of having an early stage of Alzheimer’s. He gets a job at a local hospital, and on the very first day faces a serious test to operate a patient with a severe brain trauma. Maximov saves the girl, but when transferred to the nearby regional hospital, she dies under suspicious circumstances. The doctor launches his own investigation and finds out the dark truth behind the young woman’s death. It is the first case in a series of medical and criminal mysteries he is going to solve throughout the series. Maksimov is a talented doctor and a passionate person, but his methods are both outrageous and admirable. He keeps saving people’s lives performing the most challenging surgeries but, as it turns out, not everyone is happy about it. The main character will have to solve not only professional issues, but also deal with his personal life: difficult relations with his brother and , the transitional age of his daughter Lisa and the mother’s illness. In addition, three women will show signs of affection to Mikhailov all at once, and a dangerous enemy will appear among men.