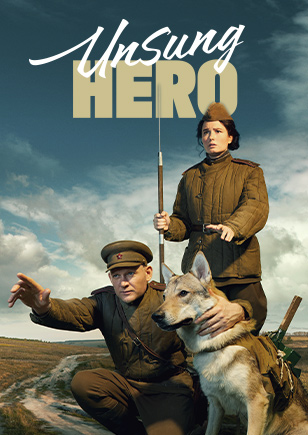 The tragic, horrible war. The amazing intelligent dog. The ups and downs of its handler and the beautiful love story — all of it blended together in this series.

1941. The start of Great Patriotic War. The country mobilizes all resources and Alexander Mazover (Doberman) is charged with creating a K9 suicide squad. He has to train dogs to run to the enemy tanks and blow them up but from the beginning, things don’t go as planned. Doberman gets in trouble with his commanding officer. Things pile up in a big mess until Alexander meets Julbars and his beautiful handler, Dina. He learns that this dog successfully blew up German tanks without being killed. Doberman takes Julbars and uses him as an example for other K9 soldiers, developing a behavioral pattern that saves many dogs lives.