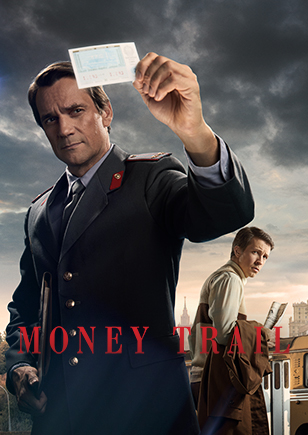 A retro crime series based on a true story about the shocking case of the infamous USSR coiner. It’s the , Moscow. A gruesome murder of a whole family shocks the city. The killer took the lives of the father, his elderly mother, and the older son. The only living members of the family are the younger son, who didn’t see much while hiding in the sofa, and the mother, who wasn’t home at the time of the murder. The police finds an impressive amount of money and a stack of lottery tickets that were hiding with the younger kid inside the sofa. The lottery tickets are disregarded for a while. The burning question is where came all that money in a common family whose breadwinner used to be a simple taxi driver?

The investigation team is headed by an experienced police officer Cheyanov. Rookie Elena Kozina is put under his command. A firm believer that the delicate girls are not suited for the fieldwork, Cheyanov overwhelms Elena with paperwork. She, however, studies the case papers and starts her own investigation. Both Cheyanov and Kozina are fanatical seekers of truth; both are extremely passionate about their job. Working on the case, Cheyanov and Kozina come to the realization that the key to the mystery lies within the lottery tickets that were found out to be fake. The clues lead them to Nikolay Grishin, an unappreciated genius who on his own created an intricate scheme based on fake lottery tickets.