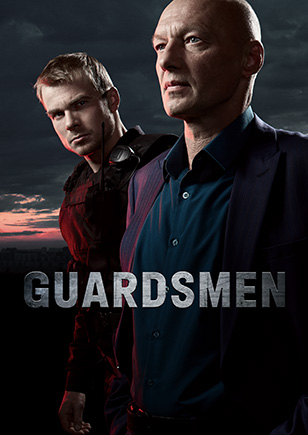 Spec ops soldier Mikhail Tsaryov visits his hometown in Murmansk Oblast for the celebration of his father’s jubilee. His father, Nikolay Tsaryov, is a police colonel and head of the local administration of the National Guard of the Russian Federation. Suddenly, amidst the banquet, Nikolay is arrested on suspicion of corruption. Young and ambitious investigator Yulia Borisoglebskaya claims that Nikolay abused his power and position to tax half of the entrepreneurs in the city. Mikhail can’t believe his father is guilty. His old friend Ruslan Granin, National Guard Major, thinks the same. Both admired the Colonel as an ideal
officer and honest man. Mikhail joins the National Guard as a simple Sergeant. The arrest of his father prevents him from progressing to an officer. But he wants only one thing — to find evidence of his father’s innocence. Yet the truth he’s seeking will turn his world upside down, and Mikhail will regret ever trying to find it.