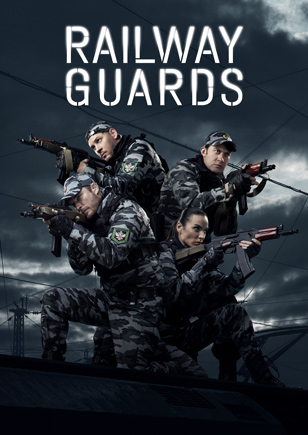 Major Oleg Gromov arrives in Beloyarsk, one of the biggest railway hubs in the country. He comes there to pay a visit to an old friend Vyshenkov, his former martial arts coach who now is the Head of the Security Department at the railway. Happy to see his old trainee, Vyshenkov promptly offers him to spearhead a squad of the Rapid Action Team (RAT) that was created to guard the rails from the rampant gangs. However, Gromov has his own plans for life: back in the capital, there’s an exciting and generously paid job waiting for him. But everything changes once Vyshenkov falls victim to a bandit attack. Gromov sets his mind on staying in Beloyarsk and becoming the leader of RAT. With the help of his new subordinates, passionate investigator Dmitry Kulikov, and psychologist Irina Tikhonova, he starts his own
investigation of the railway case. He’s up to challenge a dangerous and invisible enemy that is ready to do anything to silence the truth about the railroad affairs.