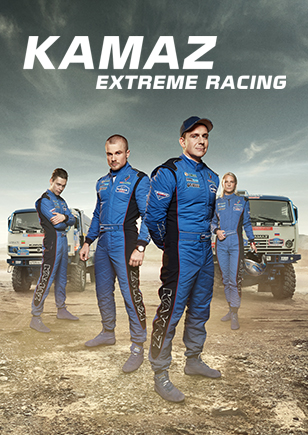 Screeching sands, overheating engines, accidents and courage — all of it came together in brand new NTV sports drama ‘KAMAZ. Extreme Racing’. Based on the real stories from KAMAZ Master racing team and played by top stars, the series grips the viewers from the first scene and won’t let go until the last moments.

The main narrative revolves around a team member who, after being dishonorably discharged from the race crew, wants a second shot 12 years later. He gets it and he undergoes a complete character transformation with a culminating finale. But it is so much more than that: the generation conflict, the first female racer, impossible romances and spectacular stunts with big trucks conquering the toughest desert conditions.

The show is fantastic both from execution and the storyline perspective. It’s unique and original — NTV is the first to tell this fascinating story about the unbeatable KAMAZ Master team that has been dominating the big trucks’ rally raids for decades. They aren’t called ‘Tsars of Dakar’ for nothing. But to get to that pedestal and to keep the laurel crown takes impossible courage, the highest professionalism, and total trust between the team members. This is the original TV series that brings desert heat, raw emotions and competitive sports challenges to global audiences.