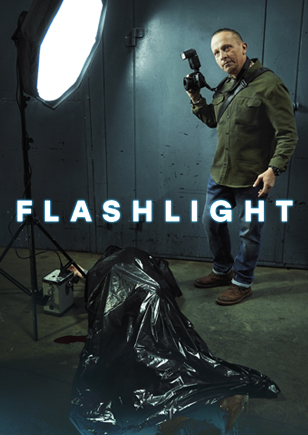 A Police General sends his son Seva, a detective, away from Moscow, to a backwater city of N., to become a man and grow into a real police officer. Without setting foot in the department, however, a but clumsy Seva unwittingly becomes a murder suspect. Out of the blue, a weird character working for the N. city police, Grigory Malinin nicknamed Puff, comes to his aid. Puff is a crime photographer; he has been employed by the department for a long time and used that time to observe, make mental notes and come to certain conclusions. Now he can reconstruct the crime scenes using his pictures separated by flashes and shutter clicks. Seva is the only one who takes discoveries made by the goofy genius in any way seriously. Impressed by Puff’s abilities, he begs his father to allow him to stay in N. That’s how Seva becomes a senior investigator with the N. police department and makes Puff his aide. The differences in their personalities and age sometimes create tension, but on the whole, they complement each other perfectly. Thanks to Puff’s support, keen eye, and experience, Seva is able to solve the most challenging cases.