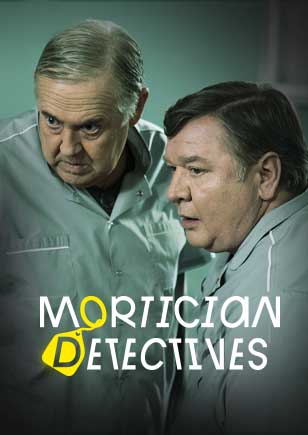 Two orderlies work at a forensics morgue in a small town hospital: a career criminal Shishko and a former police detective Kedrov. They don’t get along, but are exceedingly polite to one another in the presence of others. The only common ground between them is their job. One day a young police lieutenant Saykin comes to the morgue. People at the department consider him a loser and paw the most hopeless cases off to him. Saykin joined the force seeking the thrill of the unknown, but he faints at a sign of blood and he has no idea what to do with suspects. However, after the green lieutenant witnesses Kedrov and Shishko dismantle a criminal expert’s opinion with just a few questions and solve the complex murder everything changes. Saykin presents the orderlies’ investigation findings as his own and finally gets much needed respect in the department. That is a start of a tumultuous and often comical partnership that helps all three characters solve one murder after another.