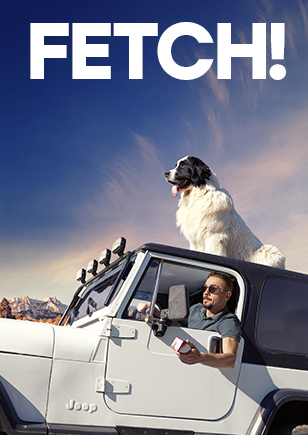 Makar Klimov, a young and charming Police Captain, gets exiled from Moscow to a coastal city together with his dog Bim, ostensibly because of his affair with the wife of some Police Department bigwig. Although he gets to live right at the beach, Makar has no time to enjoy the view: his main concern is fighting crime. Smuggling, drug trafficking, prostitution, slave trade are the staple of every port. During the vacation season, they are complemented by robberies and murders. Bim helps Makar any way he can: he chases down criminals, sniffs out drugs hidden in containers. When he gently closes his jaws on a suspect’s hand or another sensitive body part during interrogation, that makes even the most hardened criminals talk. What’s more, the wonder dog even helps Makar in his life: he can put laundry in the washer and turn the electric kettle on with his paw. Bim is Makar’s true friend; despite being , he earns the praise of the entire Department, and together with his human defends his city against the criminal onslaught.