Hero of All Time 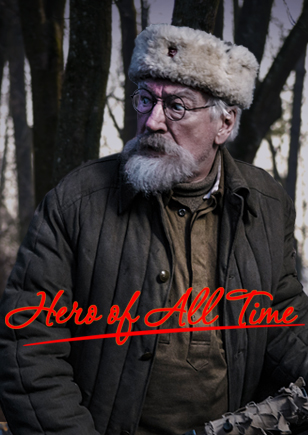 Beautifully filmed, acted, and narrated war drama about the most fascinating WWII hero — the old soldier Nikolai Morozov. Based on a story, the series tells an incredible tale of a hero who started as a revolutionary plotting the Alexander II assassination in 1881 and ended as a Soviet sniper in 1942. Top Russian and Swiss stars playing the roles of two opposing snipers create a stern confrontation of two ideologies and two strong personalities. But the deepest, most touching plotline is about Morozov transforming the lives of everyone around him with his courage, erudition, and sense of purpose.

In just 4 episodes, we see the character going from being an anarchist to a pacifist, becoming a renowned scientist in the process. Upon arriving at the frontline, Morozov finds himself being ridiculed because of his age, but it all changes, when his intelligence and heroism save the day time after time. In the ultimate standoff with the German sniper, the oldest Soviet soldier shoots the bell tower with a rifle and buries the archenemy under it. Fantastic ending.