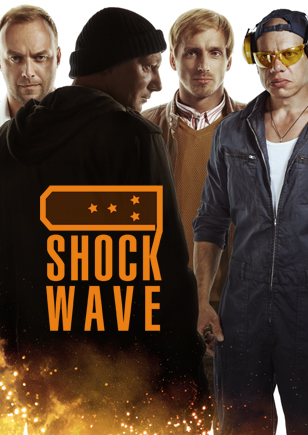 Three retired captains and friends — Viktor Seryogin, Joker and Aleksandr Pekhota — used to serve together in war zones. Now they walk separate paths — Seryogin works in police bomb disposal unit, Joker keeps a car repair shop and Pekhota runs a fireworks store. Once there were 4 of them, but Ivan Legostayev, a born demolitionist, betrayed his and took the terrorists’ side. Six months later Seryogin found him in a remote mountain village during a military operation. A tragic turn of events lead to Legostaev’s wife and daughter’s death, and the demolitionist swore revenge to his former comrades. 10 years later Legostaev, who managed to escape from prison, starts killing his former fellow officers one by one. The lives of the three captains, their families and innocent bystanders are at risk once again. And this is only a first case of the 10 episodes series, where suspense is always high and the questions remain the same: are the three friends good enough to take care of the bombs planted by fate? Can they save themselves and their loved ones?