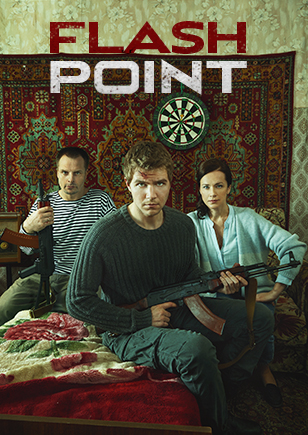 This series became a prime time leader for 3 weeks in a row. The reason of such a huge interest is a dynamic storytelling built around a family that tries to stick together but eventually gets torn apart by conflicts and mistrust. This plot is universally appealing and relatable, so the series will work perfect for any audience as a product as well as a format.Set in a provincial town, series tells an tale of war veterans, coming together to fight crime, corruption and injustice. The main character, Zheka, gets back home after years of military service under contract. His became a , same as almost all young people in town. His mother and are entangled in a hopeless fight for a sawmill, sieged by gangsters. So Zheka gathers his friends, all military veterans, to restore justice in his hometown, that turned into a real flashpoint.