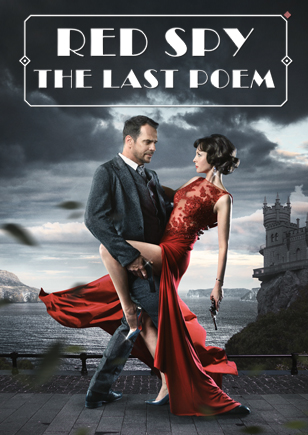 Exhilarating period spy drama about the first Soviet female operative and her unusual cover as a poet in Crimea. Very powerful performance by two leading stars make the viewers believe in true love, and the nostalgic feeling of old Russia is amazingly authentic thanks to beautiful costumes and realistic period sets. Great story twists add to the appeal and make the series a true gem in our historical drama lineup.

Her name is Elle Ferrari and she’s the first Soviet spy. Brilliant poet during the day and a secret agent at night, Elena (Elle) is tasked with killing the White Army leader — General Wrangel and stealing the millions in gold he’s accumulated. The general and the gold are heavily guarded of course, but nothing can stop the brave and talented woman. She is very close to successfully completing the mission when a British agent, aka local journalist Max Ermler, gets in her way. Now they start the most dramatic and dangerous spy game where adventures are unfolding . The stakes get enormously high as two characters inevitable fall in love with each other and now it’s impossible to know who will outplay whom at the very end…