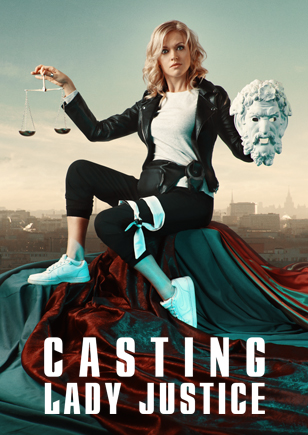 Two passions — one for acting and the other for investigating crimes, clash in this story to create the most amusing and entertaining mix, universally appealing to anyone. It’s a real winner of a format thanks to its blend of easy humor, crime investigations, and action.

She is an aspiring actress but works as a criminal investigator. This doesn’t sit well with her — she wants to be a star. So meanwhile she moonlights as a stunt person, and discreetly provides production designers with items from the evidence locker for ’real ambiance’. The heroine is so charming, that everyone, including the audience, forgives her minor misdemeanor. She has a great sense of humor and always finds unorthodox ways to handle dangerous situations and to solve crimes. With a partner who is her complete opposite, they work all kinds of cases. In the end, she realizes that her place is with the police, not with the glamorous world of film, but it takes courage to admit that…