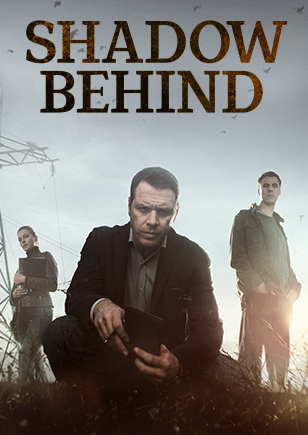 Fantastic format based on a true story. Faced with few clues and the increasingly panicked public, the small town police calls in an experienced investigator from the Chief Prosecutor’s Office to help track down a serial killer. The hunt for Unabomber certainly comes to mind, and the audience is fascinated with an inside look at one of the very first serial killer investigations. The main character’s inner strength is his best asset, he’s a deep thinker, and he has to step outside of his boundaries to catch the killer… Like a shadow behind each other, the investigator and the criminal pull and push until the very last moment, when it’s over. Or is it?

In a small town, several women found murdered with the evidence of torture. They were last seen going back home from a party, slightly intoxicated. An investigator from Moscow arrives to save the day. He understands immediately that it’s a serial killer. Sadly, local authorities sabotage the investigation because they don’t want any attention from the upper echelons. After an attempt on the detective’s life, a killer is caught, but it’s not the serial one. The investigator goes back to headquarters only to return a few years later when the murders start again. Now he faces obstruction from the members of his former team. It doesn’t stop him from finding the real killer, but only at the cost of his future with the woman he loves.