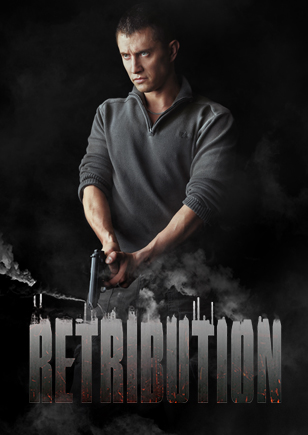 An , format about a military officer who is forced to realize that he can’t use his combat experience to fight his enemies in the times of peace. So, he must find different ways to punish those trying to destroy him and his hometown. The hero evolves from a regular soldier to a clever, unpredictable opponent.
The top Russian star, Pavel Priluchny, famous from the ‘Silver Spoon’ trilogy released on Netflix, is playing the main character and brings incredible drama and tension to the series, keeping the audience guessing and sympathizing throughout all 10 episodes. We realize that what drives him is not revenge but hope. Hope for a new life, new love, and justice. Will he get them?

Burned by being in the Middle East, a former Special Ops commander returns home to reunite with his little daughter and witnesses a car blow up in front of his new home. She is remarried to a local banker and something is clearly rotten in this new, seemingly peaceful, life. Trying to get to the truth using his regular combat skills, commander Shatokhin ends up in jail, his and daughter dead from a gas explosion in the house. The surrounding circumstances are very shady, same as the town’s economic affairs… The mayor, the chief of police, and the local special ops are all part of the conspiracy, so there’s almost nowhere to go for help. When your closest friends are the enemies and your apparent enemies are allies, it takes incredible strength and great mind to navigate this maze to win the game. Captain Shatokhin must find a way to avenge the death of his loved ones and for that, he has to change his ways and become calculating, clever, and unpredictable instead of bluntly overpowering. But what really drives him is hope. Hope for new love, new life, and for getting justice.