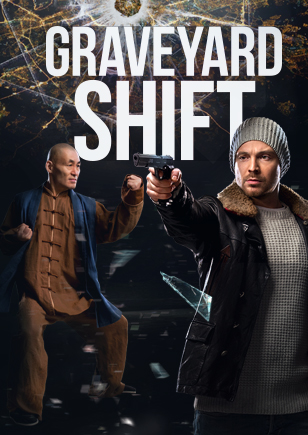 The Chinese keep a low profile in Moscow. They work, trade, and cook food in Chinese restaurants. However, a completely di?erent life begins at night. They move to work at the underground factories producing thousands of counterfeit luxury goods. The Chinese call it a «graveyard shift.» Danila Chetkov is a detective at the Ethnic Organized Crime Task Force, and he investigates the counterfeit luxury goods trade in Moscow. He’s not a squeaky clean hero — he gambles at illegal Chinese casinos, drinks and argues with the authorities. One day, he meets Jong who came to Russia to find his missing daughter. While helping Jong, Chetkov learns more about city’s Chinese wonderland, and it totally changes him. After nearly losing his son, Chetkov realizes that nothing is as important in this world as honesty and a real friendship that he found in Jong. Shi Yanbin, starring as Jong, is a martial artist from Shaolin famous both in China and Russia.