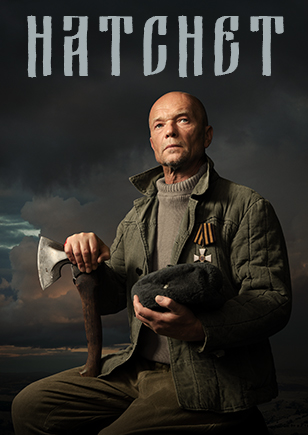 If you don’t think it’s possible to cry over a short story about a former white Russian officer fighting for Soviets in WWII, you’d be very surprised. Hatchet packs the most incredible drama in 2x45’ format. It was aired during the Victory Day holidays, and gathered a lot of attention from the viewers.
Hatchet is about a former white Russian who had lived a totally isolated life in Siberia for 17 years. When he discovered that WWII started in Russia, he volunteered and went to the front lines. His main weapon is a hatchet that he got as a trophy during WWI and he expertly uses it. In only 2 short episodes he goes from being a lone wolf to becoming a military intelligence officer and a war hero.