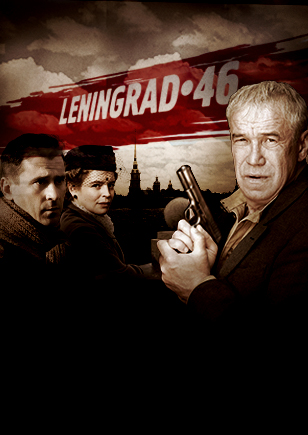 Leningrad. The city has just survived the blockade and still recovering from hunger, destruction, and death. Here the local police pick up an uneven fight with criminals that have crowded Leningrad after the war.
Detective Yuri Rebrov and his colleagues from the Organized Crime Department investigate cases: gangster robberies, murders, and attacks. This is the background for a confrontation between Rebrov and Igor Danilov.
Danilov is a former literature teacher, so the criminals nicknamed him «the Teacher». He has been through a lot and his life has fallen apart. When he came back from the war, he lost everything: his home, his work, his wife and daughter. One bad thing led to another and he got at the very bottom of the criminal Leningrad. Over time, the Teacher gains respect and authority among the criminals. It makes him a person of interest for the Organized Crime Department officers. Until the last episode, the spectators cannot guess who of these two strong men will win the fight.