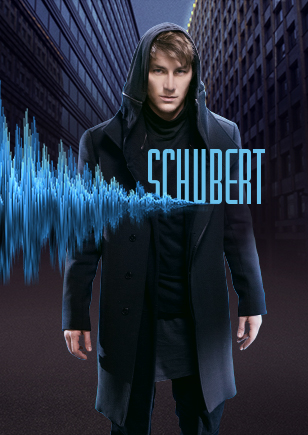 This superhero drama became an immediate hit upon its premiere in Russia. The stories about Schubert, whose unique hearing gift allows him to solve the most intricate crimes, make a great format. Add to the mix the hero’s internal struggles, his murdered wife, and a covert FSB unit, and we have a perfect combination.
Alex Sparrow, starring as Schubert, is a very talented actor and a Eurovision 2011 participant. Mr. Sparrow was nominated for an Emmy for the lead role in Season 3, the American TV series.

Driven by encoded messages from his murdered wife, devastated by her death, the young man has to untangle one meticulously planned crime after another to prevent major terrorist attacks and bring criminals to justice. The covert FSB unit where he works gets extremely dangerous assignments, but Schubert stands strong and learns to perfect his hearing gift to solve the cases. Will he be able to avenge his wife’s death and dismantle the terrorist plots without being killed?