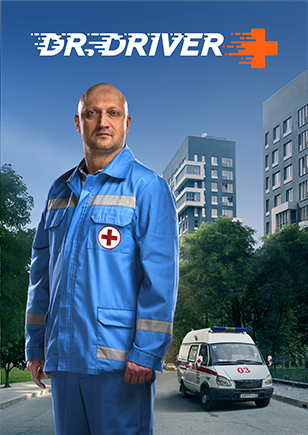 Konstantin Kulygin, an emergency physician, was accused of negligence, his license was recalled and he was arrested. After serving half of the term, Kuligin is released on parole. He still can’t imagine his life without medicine, so he gets a job as an ambulance driver.
Even as a driver, Kuligin manages to point out to his fellow doctors those unnoted details of patients’ conditions which often help save their lives.
The new driver’s medical expertise impresses everyone, even Arefyeva, the chief doctor of the station. She does not fire Kulygin, but forbids him to intervene with the doctors’ work. But the protagonist will certainly break her ban over and over again and will intervene and help patients.
Kulygin’s personal life is just as stormy. Almost immediately, Raya, a paramedic, and Arefyeva herself fall in love with him. The ladies will be fighting for Kostya’s heart during the whole season.
But the main thing is that Kuligin has a secret and a mission — to resume legal medical practice. To do this, the hero must overcome the resistance of his old enemy, who swore to ruin his life forever.