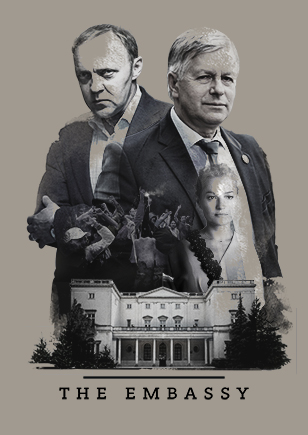 In this high paced political thriller, a Russian Embassy official is arrested in one of the Eastern European countries with a suitcase full of drugs. The event takes the center stage in the unfolding international scandal. But his detention is only a part of the conspiracy intended to discredit Russia and facilitate the adoption of the legislation. Now a team of Russian diplomats led by Alexey Prokofiev has to untangle the web of lies and to reverse the situation. Time is running out — will they make it happen?