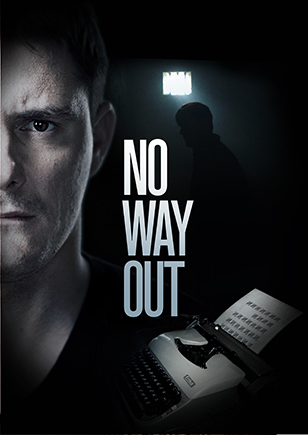 It starts as a journalist’s investigation of a gruesome murder in a small Russian town and evolves into a revenge story. The murder mystery won’t be solved until the very last episode, and the mounting tension, , and family dramas of No Way Out make an excellent format. This is a story of love, betrayal, and retribution.

An investigative journalist, Verkhovtsev, decides to write an article about criminals on death row and falsely confesses to a murder. The newspaper’s editor and a local official know about the plan. However, when Verkhovtsev is convicted and sentenced to death, no one steps up to help him. His editor says he knows nothing about the article, his best friend does not confirm his alibi, and his wife betrays him and moves in with the best friend. Verkhovtsev successfully appeals against the sentence, but now he faces 15 years of jail time. After serving 7 years, he manages to escape and becomes a fugitive with a burning desire to find the real killer and to take revenge on those responsible for putting him in prison. He finds himself in a completely new reality, as Russia has dramatically changed while he has been incarcerated, so now he must adjust in order to seek justice.