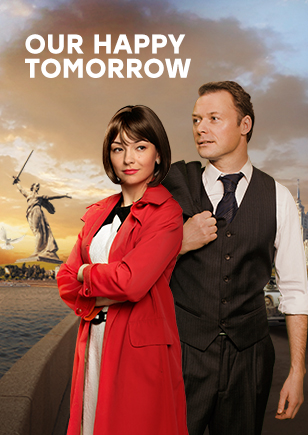 Autumn of 1963, the heyday of the Khrushchev Thaw. The film’s characters are young, full of hope and faith in their happy tomorrow. Everyone has their own dreams. Peter Lugovoy, an ordinary worker from Rostov, meets a girl, Marianna, on a tour to Petergof. He dreams to win her heart someday. Marianna is a student dreaming of becoming a famous journalist. A maximalist Olga Klenovskaya, an economics student, dreams of a perfect world where there would be no place for lies, and low acts. And Valentin Kozyrev wants to become a pianist, but circumstances compel him to try the pickpocket’s «profession»…
The viewers follow the intertwining fates of the protagonists for 30 years, from 1963 to 1993. Lugovoy builds a shadow tailoring empire that grew to the national scale by the end of the 70th. Kozyrev walks the criminal path from a pickpocket to a powerful gang leader, racketeering the likes of Lugovoy. Two strong personalities cross paths on numerous occasions. Their power struggle lasts for decades. Who will win, and who will be left lying on the ground?