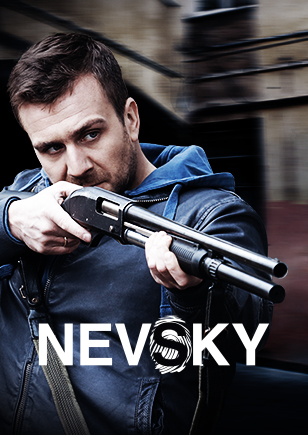 Detective Pavel Semenov is a strong, confident guy. And he has to be confident and strong because he serves in one of the most troublesome districts of St. Petersburg. He’s perfectly capable of pulling apart drunken brawls, being a first responder on domestic violence calls and going to the drug dens alone.
One day, Semenov rescues the daughter of the city administration’s official. As gratitude, the official arranges for Semenov’s transfer to the central department on Nevsky Avenue, right in the heart of the city.
Life is different here: neon signs, luxury cars, trendy clubs and tough gangsters. Criminal world of Nevsky lives by its own code, and Semenov has a hard time readjusting. His methods are not accepted by his colleagues and bosses.
This is just the beginning of Semenov’s hardships. His best friend turns out to be a criminal, his beloved wife gets into jail, and he resigns from his job. But for all that, one day our hero will have to return to the force because his sworn enemies are preparing a real challenge for him…