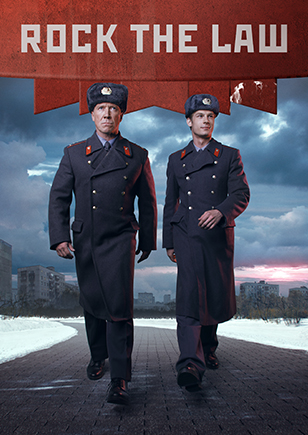 The unlikely friendship story between a seasoned police officer and a rebellious newcomer brought together at a police station in the Leningrad district of Kupchino in the 1980th.
Vasilich is a Soviet state believer, serving in the police due to his personal convictions. His partner Fedya is a former rock musician, expelled from college for his band’s texts.
Most of the odd couple «customers» are young rockers, the same crowd Fedya kept company with while in college. Vasilich never understood or liked them, but he cares for them as if they were children: arranges for their employment, turns the blind eye on their minor offenses, and prevents conflicts with local teenage gangs.
At the same time, the partners deal with new crime in the wake of Perestroika — first racketeers, first drug addicts and first drug dealers, prostitution, and underground video clubs.
Fedya soon learns to appreciate Vasilich’s experience and convictions. At the same time, when said experience fails, Fedya comes to help, equipped with his knowledge of the newly emerging life that soon will be ruled by those who are now prosecuted for illegal income.