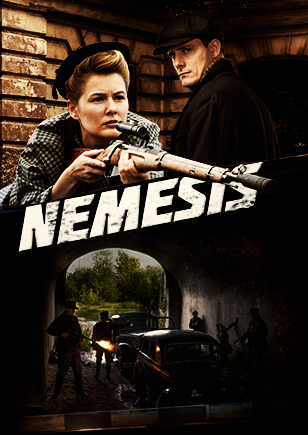 Former undercover operative finds herself struggling in a Saint Petersburg (Leningrad). No one around her knows about her past and she wants to keep it that way, until one day her husband gets killed during a robbery and local police refuse to investigate. They are too overloaded fighting criminals that flooded the city. Nina decides to use her skills and to find and punish her husband’s killers. With the help from her former undercover colleague Laptev, and a wounded war veteran Granovsky, Nina jumps right in the middle of the war. Three characters have to get back to normal life while confronting the worst criminals in the city. Will they succeed or will their traumatic war experiences stand in the way?