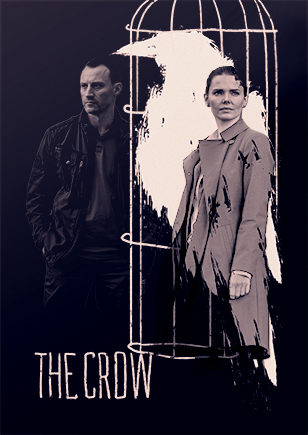 Gripping criminal investigative drama that focuses on a strong and determined female character. Anna ‘The Crow’ is a brilliant investigator in modern Russia but she repeatedly faces discrimination and has to appear tough and even rude. This is a complicated character with a traumatic past, troubled love life and turbulent family relationships. She fascinates and irritates at the same time, making the audience want to see more of her personality The series was developed by a team lead by Valeriy Todorovsky, one of the most acclaimed producers in Russia. The main character was played by one of the top Russian stars, Elizaveta Boyarskaya, in an performance. Together with The Actress, Casting Lady Justice, and The Policeman’s Wife the series is a gem in NTV’s formats lineup.

Anna Vorontsova, nicknamed ‘The Crow’, is a successful criminal investigator and a former musical prodigy. Her intellectual parents don’t miss a chance to criticize her career choice. She is overlooked for a promotion for her ‘lack of people skills’ and feels the constant pressure of being a woman in a line of work. At some point, Anna refuses to open a missing person case for a fashion photographer who’s been known to disappear for days at a time, but when he is found murdered, Vorontsova vows to find the killers. The plot thickens to reveal more and more gruesome details about the murder and it becomes obvious to the team that a serial killer is on the loose. Vorontsova and her colleagues must find the maniac and bring him to justice. Will they succeed or become his next victims?