100 Seconds to a Million 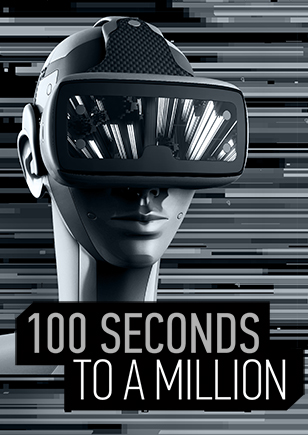 «100 Seconds To a Million» is a show where everyone has a chance to present his or her idea or a project to investors and win money for its development.
The participants pitch their new technology or device right at the stage of the studio. Experts and the audience evaluate the idea and if they see the potential, the investors are ready to pay here and now.
In exactly 100 seconds the participants have to prove that their idea is useful and effective. The audience interest’s graph is on the screen during the pitching. If the pulsing curve of the graph drops down to the critical, red line — the pitching is over and the contestant leaves the project.
The judges are investors. They hear out the presentation itself, examine the test or expertise results from the team of independent researchers, listen to the experts’ and other competitors’ opinion. Only after that, they pass a verdict.