Secret For a Million 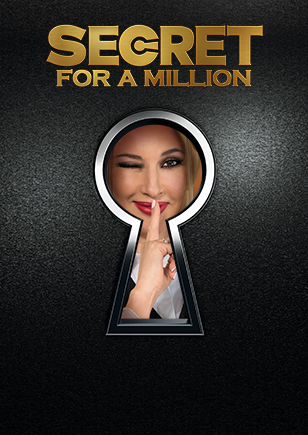 «Secret for a Million» is a game show for celebrities. Guest stars win money for disclosing personal secrets. Guest has to answer 10 hardball questions from the host. The last question is the hardest one and a truthful answer will be awarded by 1 million rubles. Only the most honest and brave of the guests dare to answer it telling the ugly truth they hid from their fans for years.
It is hard to surprise the host. She keeps a file on every celebrity and all questions are carefully prepared for each and every guest. She calls witnesses to confirm facts right here and now in front of millions of . She reveals the truth and never misses an opportunity to let a secret out. She knows it all, from gastronomic predilections to personal tragedies and youthful indiscretions. Why the most popular Russian ballerina receives ambiguous intimate messages, why iconic historian of fashion doesn’t sleep at night and why «faithful» celebrity husbands raise extramarital children keeping them a secret from their spouses. In the show, all cats come out of the bags! All money won by guests goes to charity.