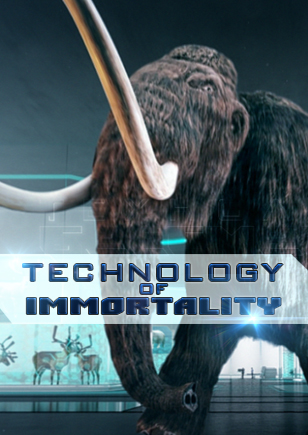 This film is a part of Investigative Series by Sergey Malozyomov.

This is a series of thrilling documentaries about fundamental issues affecting our health. Created by Sergey Malozemov, a journalist with a medical degree, the films reveal previously unknown sides of the most burning issues — the dangers of obesity, eating salt and sugar, seeking possible immortality. Each series takes viewers to different places and reveals facts about the issues that worry most of us. Thorough investigations of the topics, supported by expert opinions, research results, and live experiments will keep the audience glued to their screens and craving more.

While the humanity is arguing about the ethical aspect of cloning, the laboratory in Seoul continues cloning pets. A piece of animal skin, $150,000, and happy owners get a puppy — an exact genetic copy of their deceased dog, but is it really the same one? The race for immortality is on and the film explores different technologies associated with it, such as cryonic storage, AI brain mirroring, bioprinting organs on a 3D printer, that keep humans eternally young, and so on. But what would it be like to live in a world where there is no death?