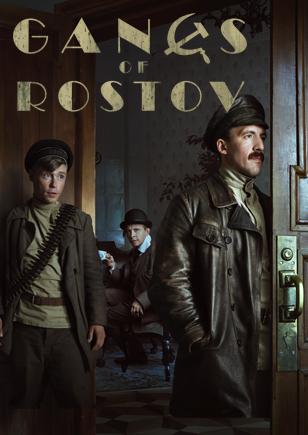 2019 primetime sensation, this historical crime drama got 19.2% peak viewing share leaving behind all other top channels’ primetime shows. Made with great attention to the details, from clothes to accent to decor to every single movement the actors do, this historical gangster saga is elaborate and even kitschy at times, adding to the appeal and the period character. Take it a bit further and you’ll see a battle between the old and the new — the Tsarist Russia and the Bolsheviks’ order.

The story of the bloody confrontation between the new Chief of Criminal Police, a former local thief nicknamed the ‘Ace’, and a ruthless gangster, ‘Mednik’ is dramatic, very human and very deep. The audience watches in awe the transformation of an inexperienced bully into a deeply caring, strategically thinking chief investigator and a team leader. His criminal past allows Ace to successfully navigate through the gang wars eliminating outlaws one after another, until he runs into Mednik who escapes from all traps leaving pile of corpses behind. The conspiracy to overturn the Bolsheviks’ regime culminates the last episodes and it’s impossible to guess what will happen next. It’s a , and series with the kind of picture so engaging and immersing that the audience really feels lost when it’s over.