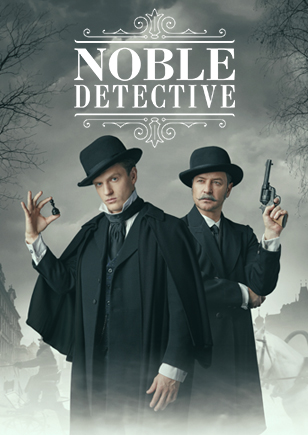 In 19th century Saint Petersburg, a young aristocrat is bored with his fancy life. Suddenly he’s accused of being an accomplice to a serial killer, whose rampage left several women strangled. To prove his innocence and get justice for the victims, the young count starts his own investigation. To everyone’s surprise, he finds the killer and this pushes him to trade his glamorous aristocratic existence for a modest position of a police investigator. He gets a cold shoulder from every one of his new colleagues, except one man, who sees the potential in this weird but very smart and talented young guy. Together they investigate and close several mysterious and difficult cases, from murders in the slums to a countess’ boudoir. Will he manage to use his eidetic memory and original thinking process to help people or will he get caught up in a circle of and doubts? He’s a Russian aristocrat after all…